Inline is an integration hub for LINE. It lets developers easily integrate their apps and services into users' conversations. Inline makes programmatic connections between LINE and other apps possible, for example, receiving Fitbit notifications in LINE conversations and turning off your lights at home by typing into LINE.

In April 2016, I worked with Rollables team to demonstrate our idea at the first LINE Hackathon in Thailand. I composed pre-hackathon pitch deck and worked as the team’s designer. I formed official account (chatbot) interaction patterns and designed the integrations directory portal.

Inline have won the first runner-up prize at the competition. Our idea was recognized by the jury to coincide with LINE long-term vision of becoming the hub for inter-app communications. Sharing the same vision, LINE had been internally developing LINE Notify which was launched after the hackathon in mid-2016.

Technically, our team has demonstrated a module based architecture where developers could submit a module from their repository to implement a command in Inline. It looks like the following.

We aim for a wholistic experience where users does not need to exit LINE in order to complete their tasks. INLINE service run as an official account (Facebook Page in LINE terms). 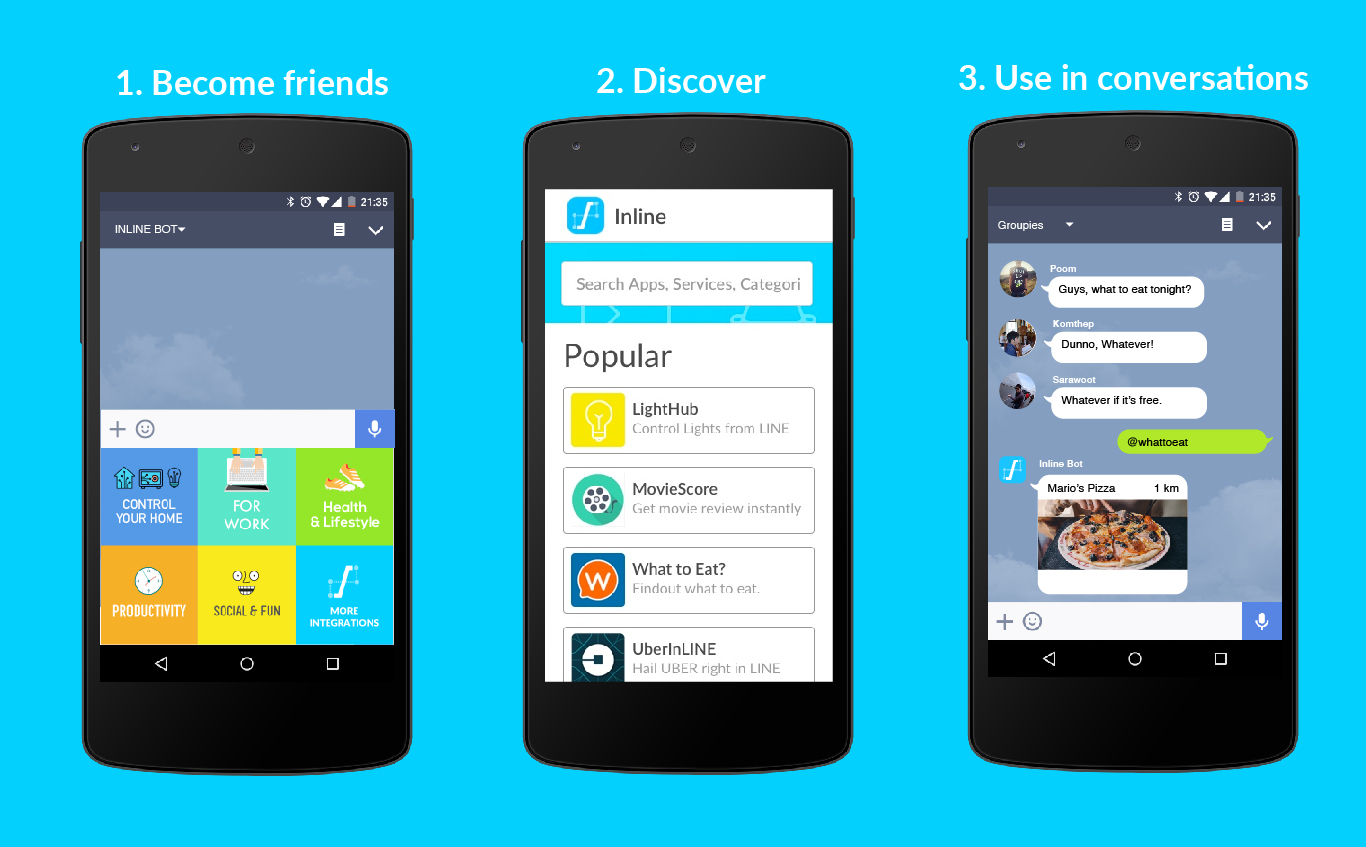 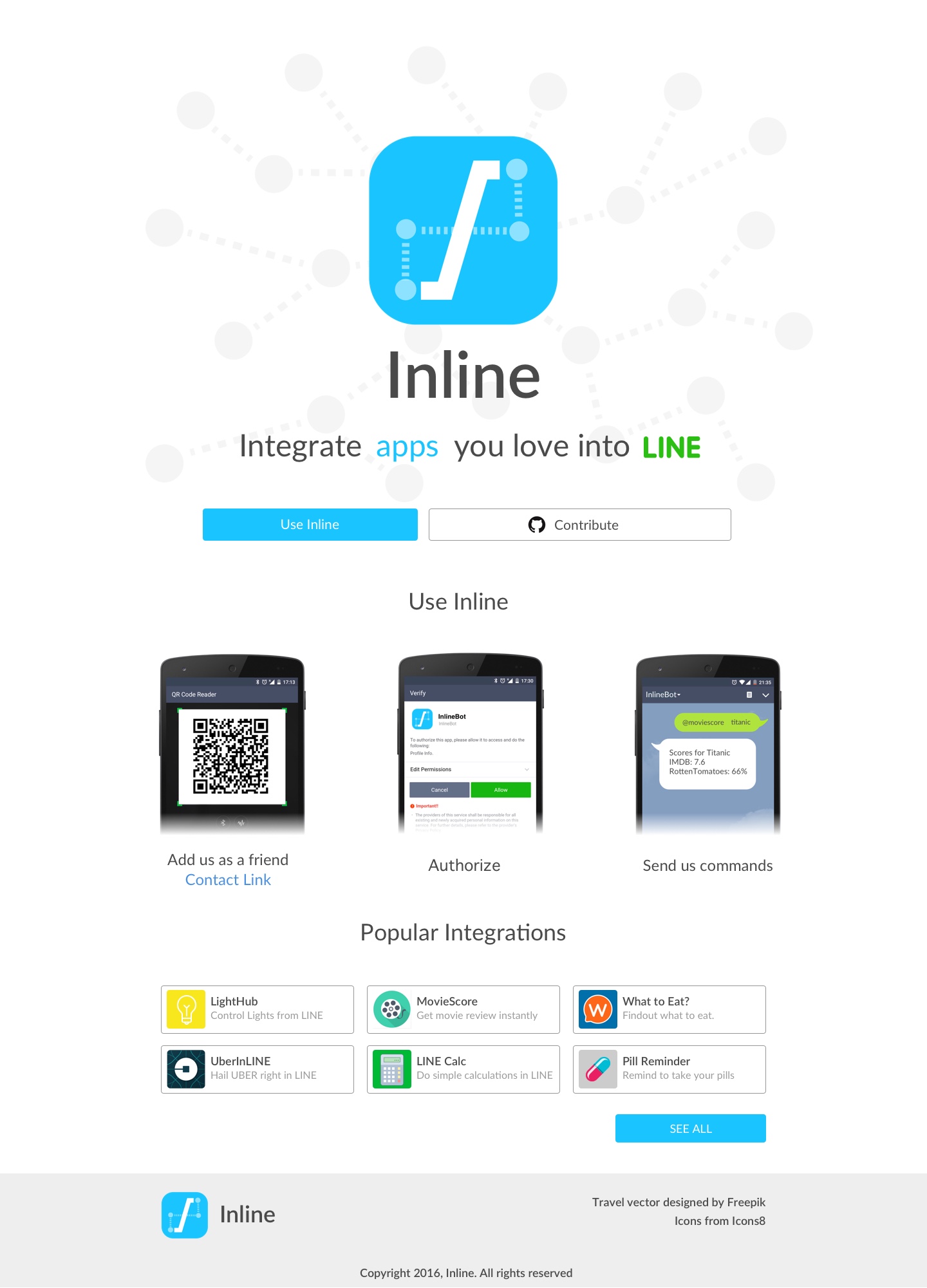 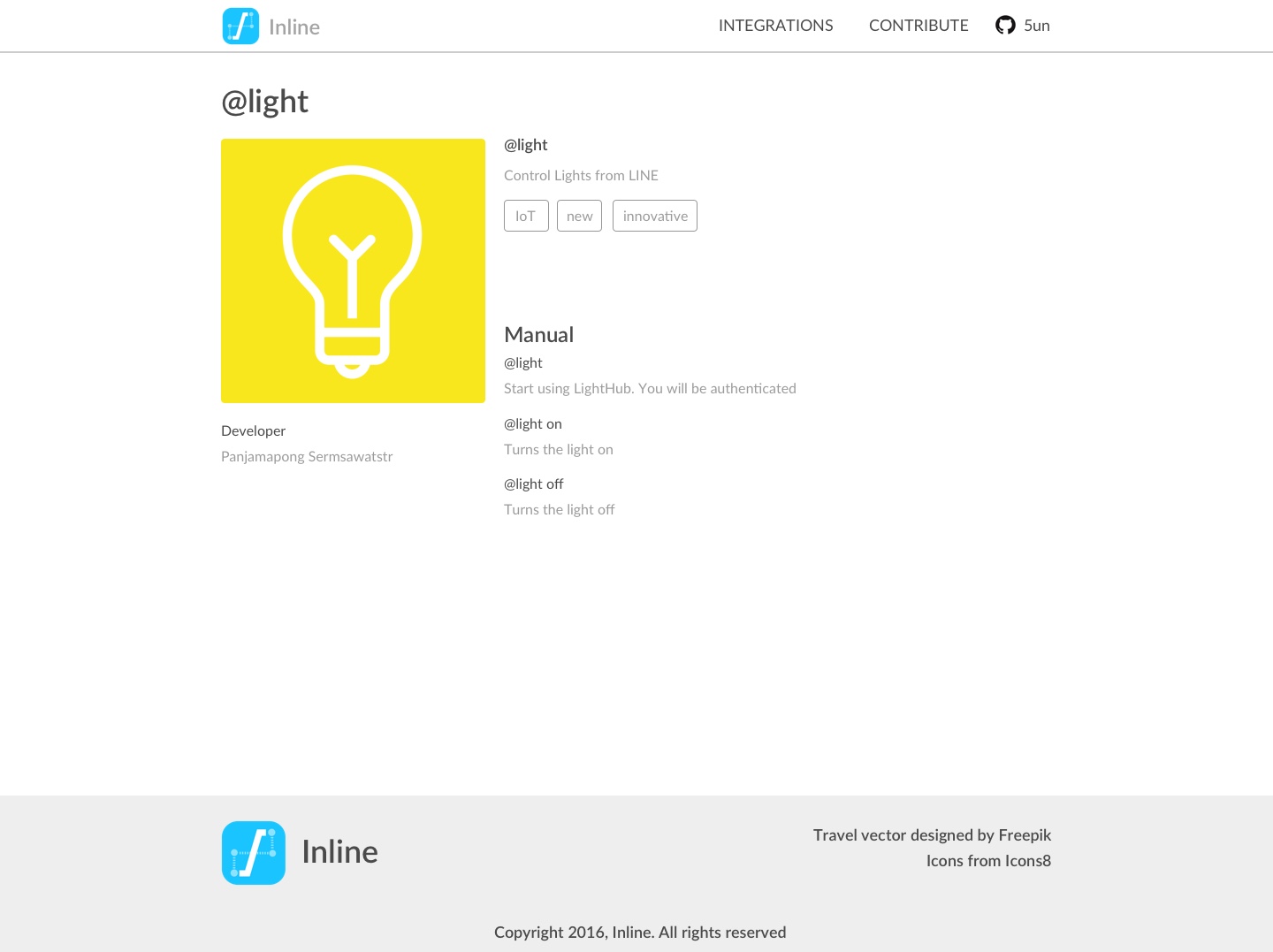 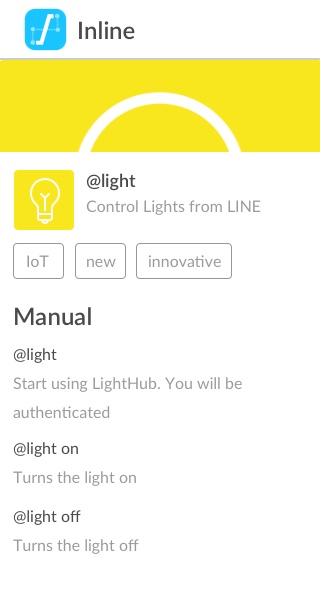