Bringing the web back into ALS patient's life.

This project took place between July, 2015 and January, 2016. I worked on this project as an interaction designer / frontend developer for my client, Meditech Solution, a startup based in Bangkok, Thailand, building a communication aid system for people with stroke and amyotrophic lateral sclerosis (ALS).

I worked alongside the Meditech research team, web developer, Lek, and the product manager, Jack. I was responsible for making eye tracking works for their communication aid platform, Senze.

Meditech Solution was building the next iteration of Senze, a communication aid software for people with stroke and Amyotrophic Lateral Sclerosis (ALS). Senze’s last iteration consists of a touch screen with buttons for users to communicate their needs such as food, medication, and the need for caretaker. It also incorporated an obsolete blink detector that could only detect blinking but not eye movement. The software had to switch the focus between each element to wait for the user to click. The users have to wait until the desired element is focused and blink their eyes. This takes a long time and put a limit on the number of elements that can be on the screen. Meditech wanted to integrate modern eye tracking technology to allows users to move the cursor freely on the screen. That’s when my task came in. For Meditech, I need to design and build a desktop app that integrates an eye tracking device with the existing system. By the time I joined, Meditech had already got the design goals for the phase: 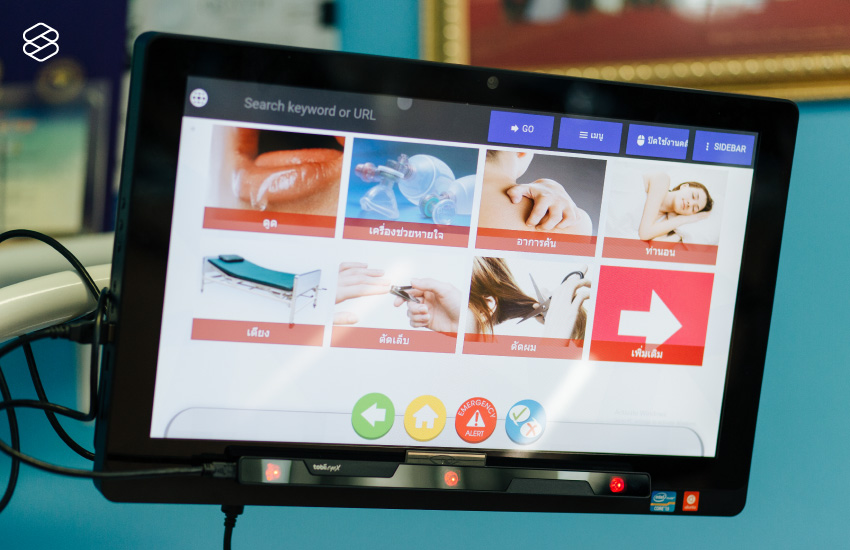 The finished product as a Chrome App running on an All-in-one DELL PC with Tobii EyeX eye tracker attached.Source: The Standard

As the concept of eye tracking-enabled user interface was quite new, I proposed to go straight to functional prototyping. Wireframes and mockups are not going to be very useful as it is not testable for our users. The amount of time testing with real users is also very limited due to their consent and exhaustion (Using eye tracking devices can cause quite a fatigue).

Clicking is the most basic way users interact with graphical user interfaces. But, enabling clicking with an eye tracker can be tricky. Plugging an eye tracker in an getting on-screen gaze coordinates was just a small baby step. We also had to dealt with jittering, configuration sensitivity, and user’s fatigue. After some experiments, I came up with a first functional prototype. It was a Chrome Extension that only test two things: blink clicking and delay clicking.

From our initial testing, delay clicking increases the success rate of a click and left us a lot of room for tuning such as delay time and cool down time.

Here’s some of the snapping and clicking mechanism in motion. The user just need to hold a cursor on the desired element for 2 seconds to click.

The web is made for Hands: Rethinking gaze-friendly UI

In the second prototype, I focused on testing how could users interact with the web. I switched from a Chrome Extension to a Chrome App and experimented on making the eye cursor work with different websites.

Turns out the eye cursor alone is difficult to use with most websites because most of the web is created for hands. Elements are only big enough to be clickable but still too small to handle the jittering of the eye cursor. For that, I introduced Web Snapping mechanism where the cursor will be snapped to the button at a close enough distance. To detect a clickable element in the web page, I implemented a page traversal mechanism that could check if the cursor lies in elements worth snapping (buttons, textboxes, checkboxes and etc.)

Also, I found that several mobile sites are already more gaze-friendly than its desktop counterpart. So we chose to link to the mobile version of each website in our quick bookmarks menu later on.

The Eyes Speak a Thousand Words: Typing with your eyes

Typing is another challenging task to accomplish with an eye tracker. It is not enough to just provide an onscreen keyboard with auto-snapping. I developed an auto-suggestion where a word is suggested according to user’s partial input. The system also allows adding of custom words from Senze’s administration backend.

Our typing prediction system in action.

Meditech research team tested the products at Hospitals and user’s home. We’ve collected quite a lot of valuable feedbacks.

A session of user testing at Bangkok Pattaya Hospitalconducted by Meditech’s research team.
From the tests, some issues are revealed

We addressed insights from our testing. The improvement in the final iteration in this phase includes: 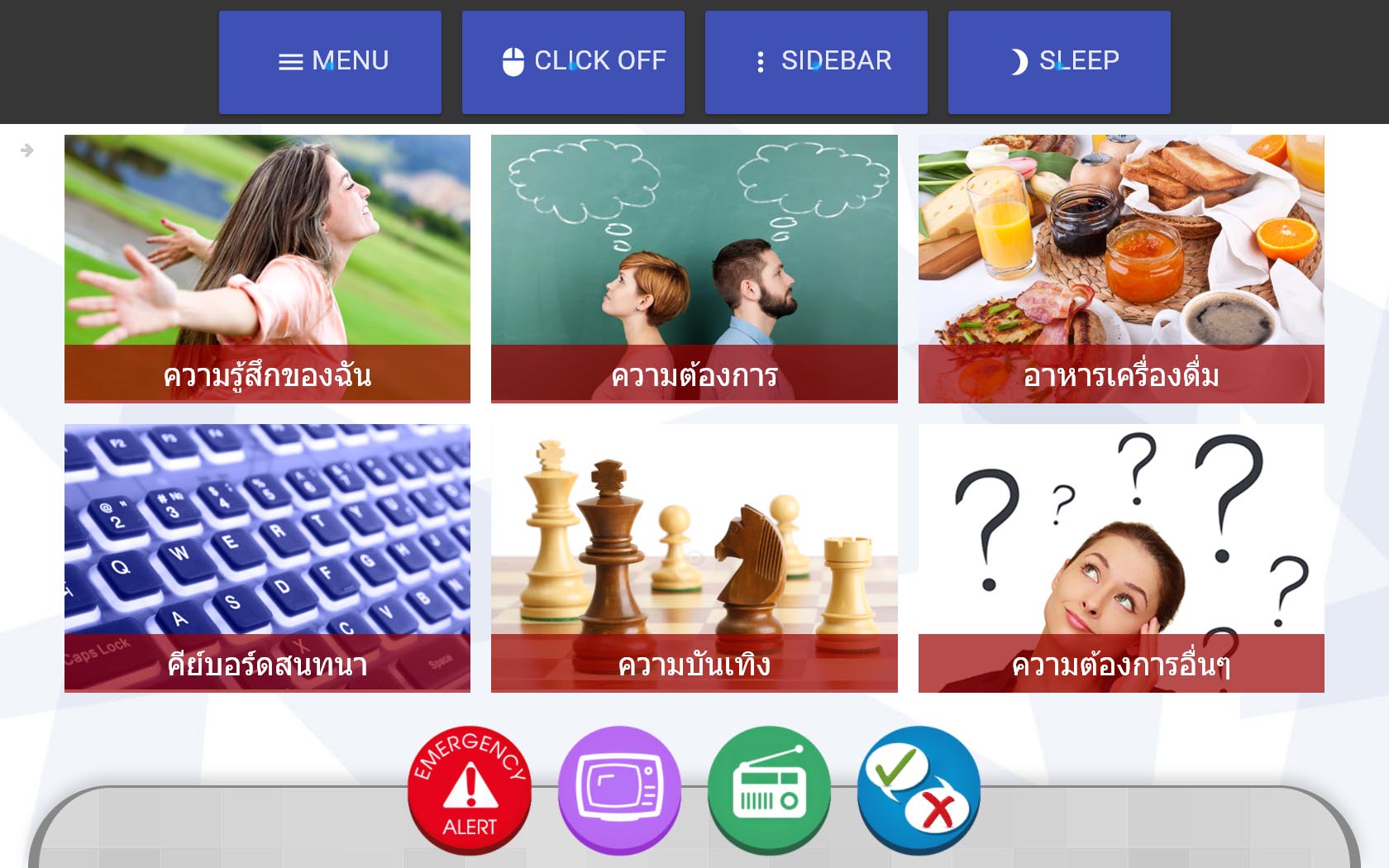 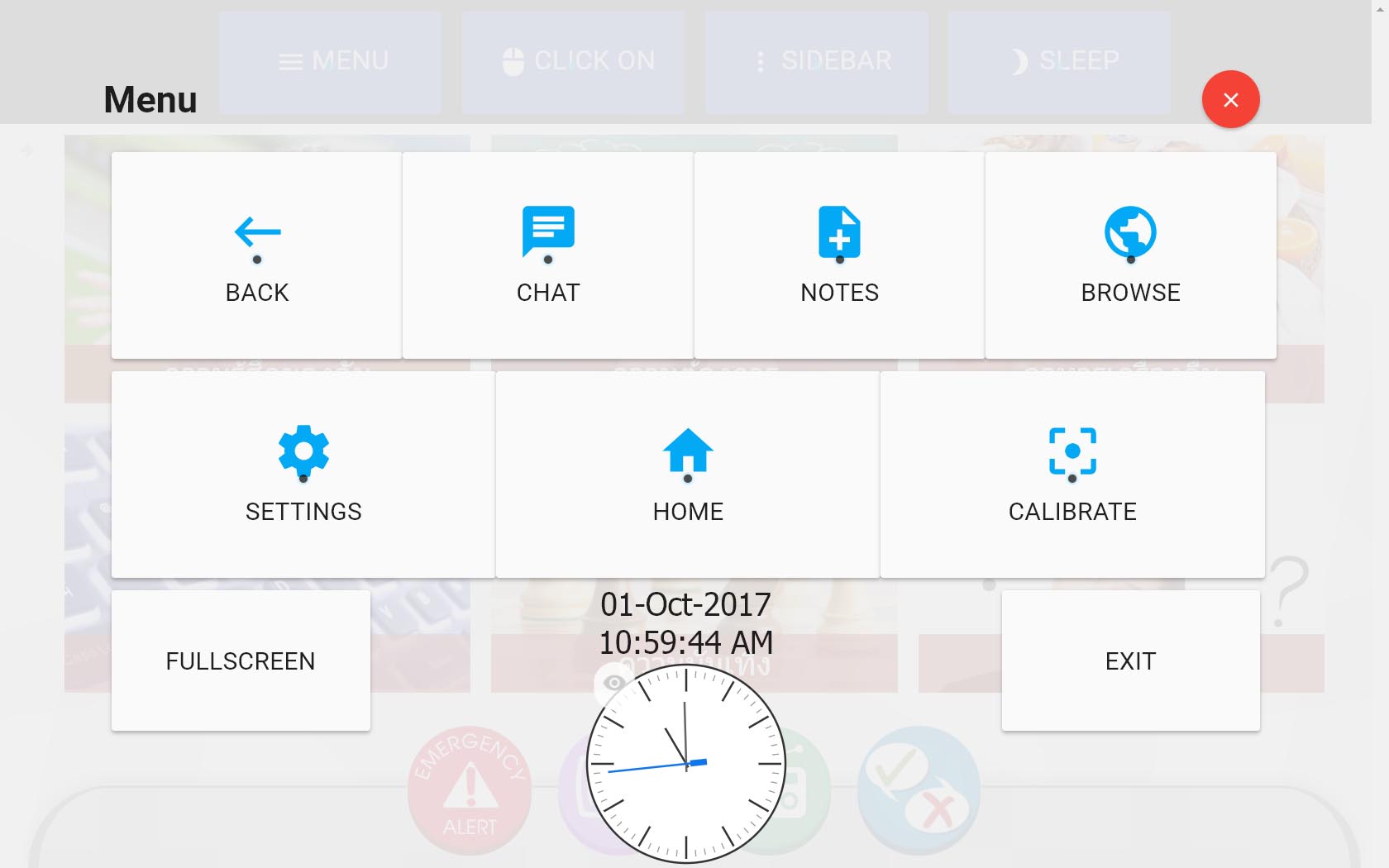 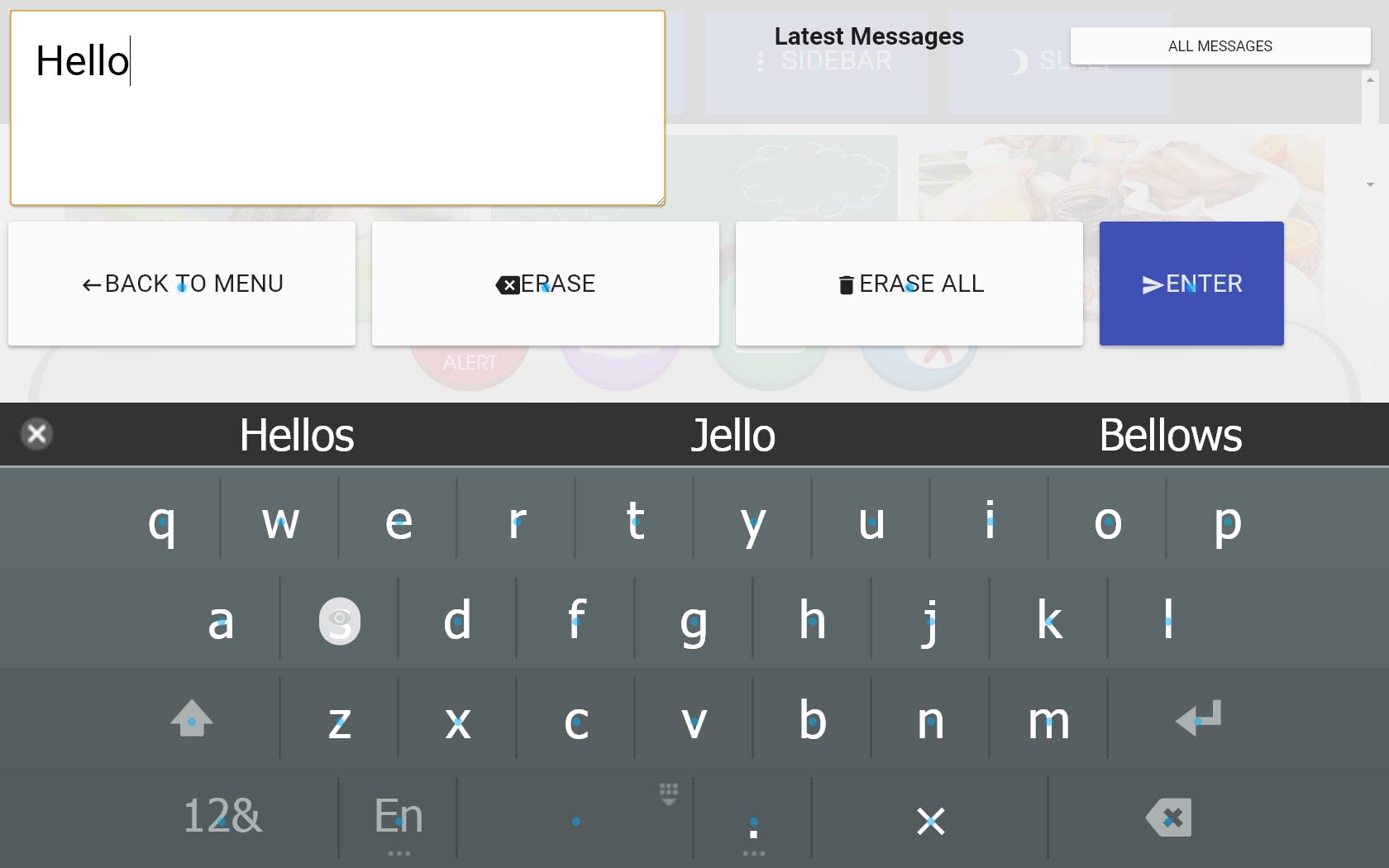 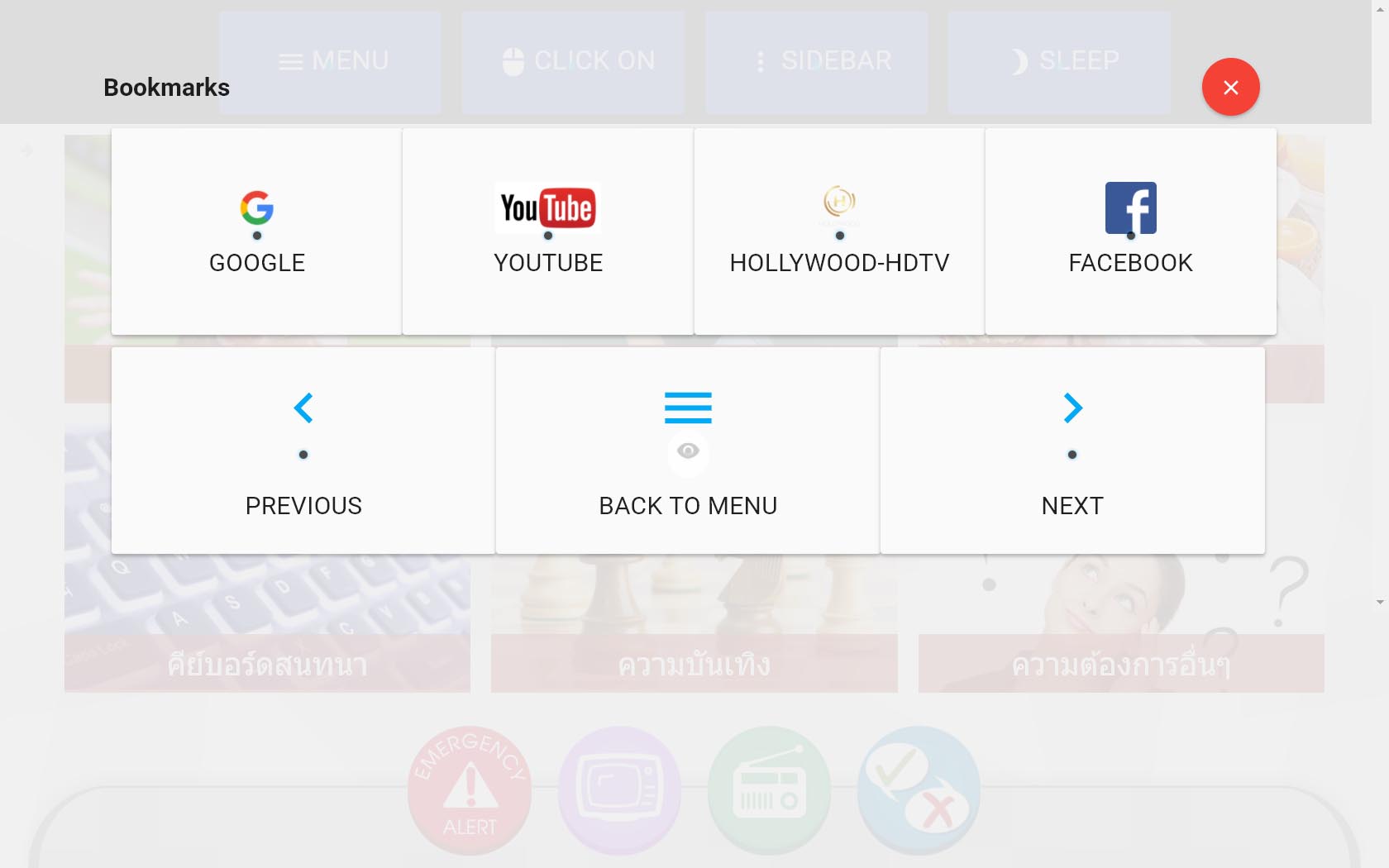 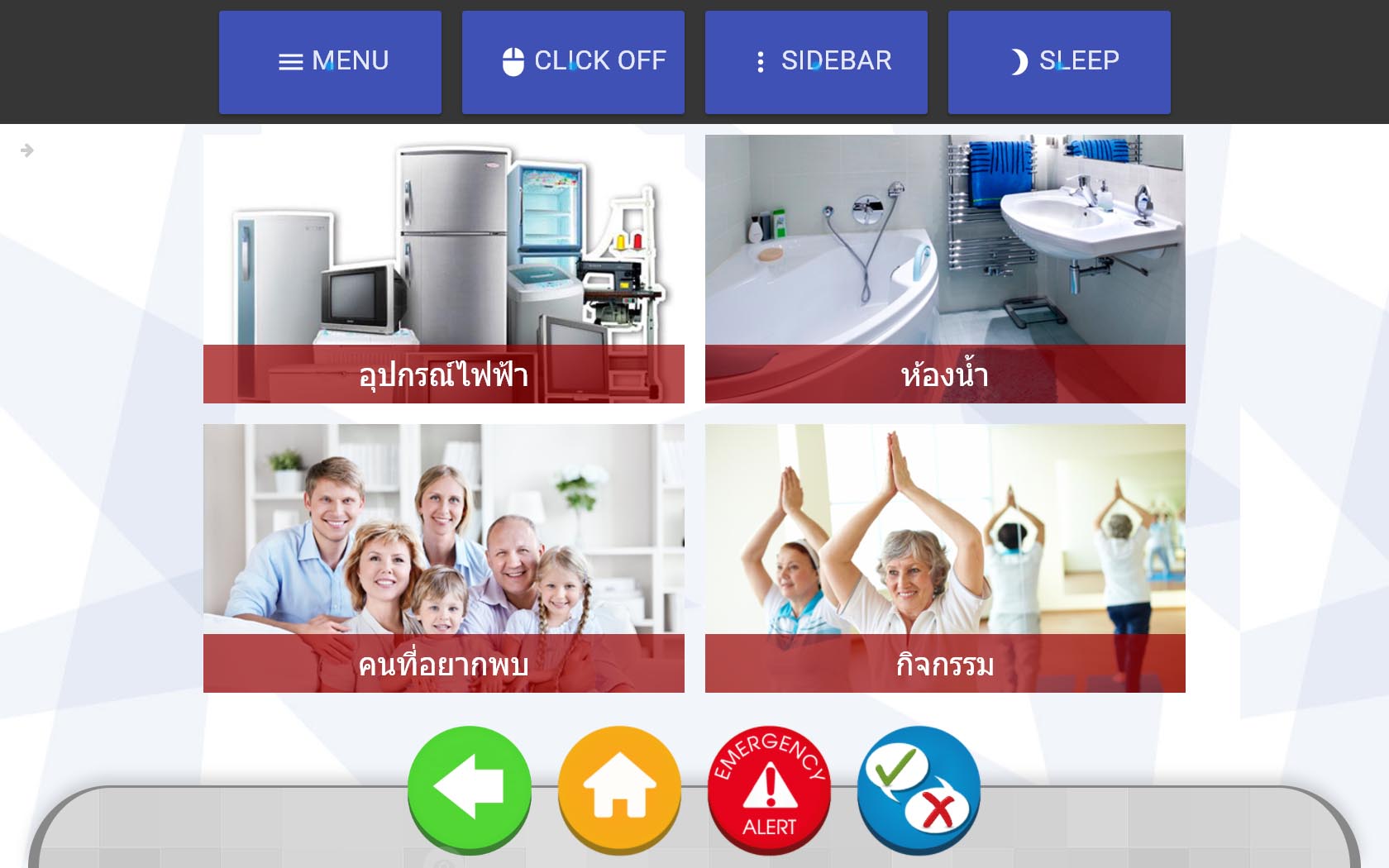 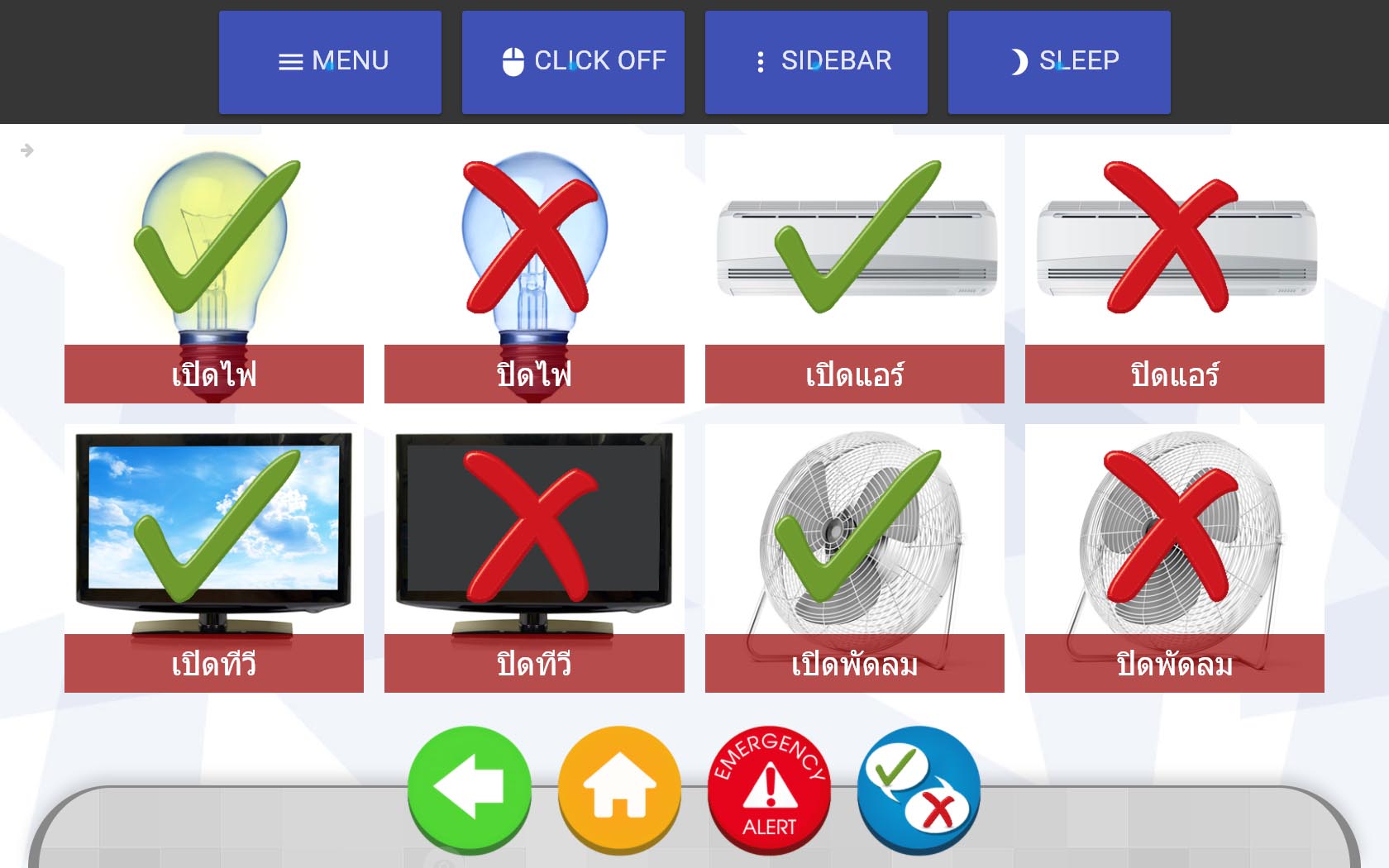 The Chrome App I designed and developed was released as a part of Senze 4.0. It helped Meditech to raise another round of funding from Invent ventures and won a pitch competition at Startup Thailand Conference in April 2016. As of late 2016, ten public hospitals in Thailand has adopted Senze. Also, because of Senze, one of our users was able to continue writing her novel despite the developing ALS condition.